I will admit this to you, dearest ones.

I have felt a kinship to this woman all of my life!

I wanted this woman, this woman whom I considered a part of my family, of the bloodline that gave me my mother, to be honored right. I needed that. I needed this biopic to be honest, genuine and let’s face it–magical.

I watched this movie with my daughters, whom are biracial and my husband whom is so apologetically Black. From the outset of this movie, from the music and the first shot of the movie–I wanted to cry.

I wanted to cry because I was transported.

I saw the heart of the director beating in every shot of this movie. The director, Kasi Lemmon, is from St. Louis. As am I. I understand that Harriet Tubman’s womanhood, her humanity, is not often discussed when her biography is told. I know she was married; I knew she was a conductor for the Underground Railroad; I knew she was a Union spy, suffered from epilepsy and narcolepsy from a weight being thrown at her–cracking her skull when she was about 13.

In seeing this movie, how Kasi Lemmon wove the fiction into the historical into the research, my heart soared! I felt like I, too, was in the movie. That I was transported not even 200 years past the Emancipation, towards and in a world that me being Black equated to captivity. A world where the children that I bore to their White father would have been considered property and their mother property as well.

I saw Harriet Tubman not as just an ‘American legend’, but a damn superhero! There was something to seeing this woman, this woman I had only seen in my imagination and history books, movies provided by my mind’s eye, embodied in the dynamic Cynthia Erivo. In seeing her, seeing Harriet, seeing my ancestor-mother (the woman that crossed over on the day God would give me my mother), appearing in the doors of an Underground Railroad station with groups of people–weary, wounded and tired. But free!

But free! The movie shows her. 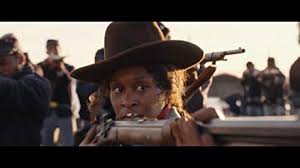 Her missions, her family, the risks she took, what she lost, the master-slave dynamics and politics–it’s all here.  At the end of the movie, we have facts concerning the rest of her life post-Underground Railroad. Things that I knew, even the raid she headed with the Union Army in 1863!

It’s there. It’s all there. Even if there is some things that are embellished for the sake of movie magic. It didn’t even matter.

My daughter held on to me, to hold me up. Every part of me descended from women whom were stolen, men that were lynched, and the people who couldn’t and didn’t read and would die not knowing their descendant would master 26 letters of a language they were not born knowing when my line first started.

I wanted to cry. I wanted howl.

I mean howl like something in me had died…or was aching to get out. Her last words on this Earth, this Earth in those last days she couldn’t or didn’t walk on–yet she traversed, traveled and scorched for so many–she is recorded to have said, “I go to prepare a place for you.”

The tears I had swallowed, crested out of my eyes. And I pulled my body straight and I cried. I did the ‘Mama cry.’ Meaning I cried a little bit, until I could cry a whole lot, and keep going.

But thinking, in looking in hindsight, I wondered what Harriet, what my ancestor-mother, the one that crossed over  on the day my mother would be given to me, felt. What she saw. And in the midst of loss–how she kept going.

I looked at my daughters, square in the face, and told them to never let anyone tell them what they cannot do. Ever. It was then where this woman, utterly formidable, became as real to me as my mother, my aunts and grandmother.

Harriet Tubman was a superhero. And it is time the world remembered that. 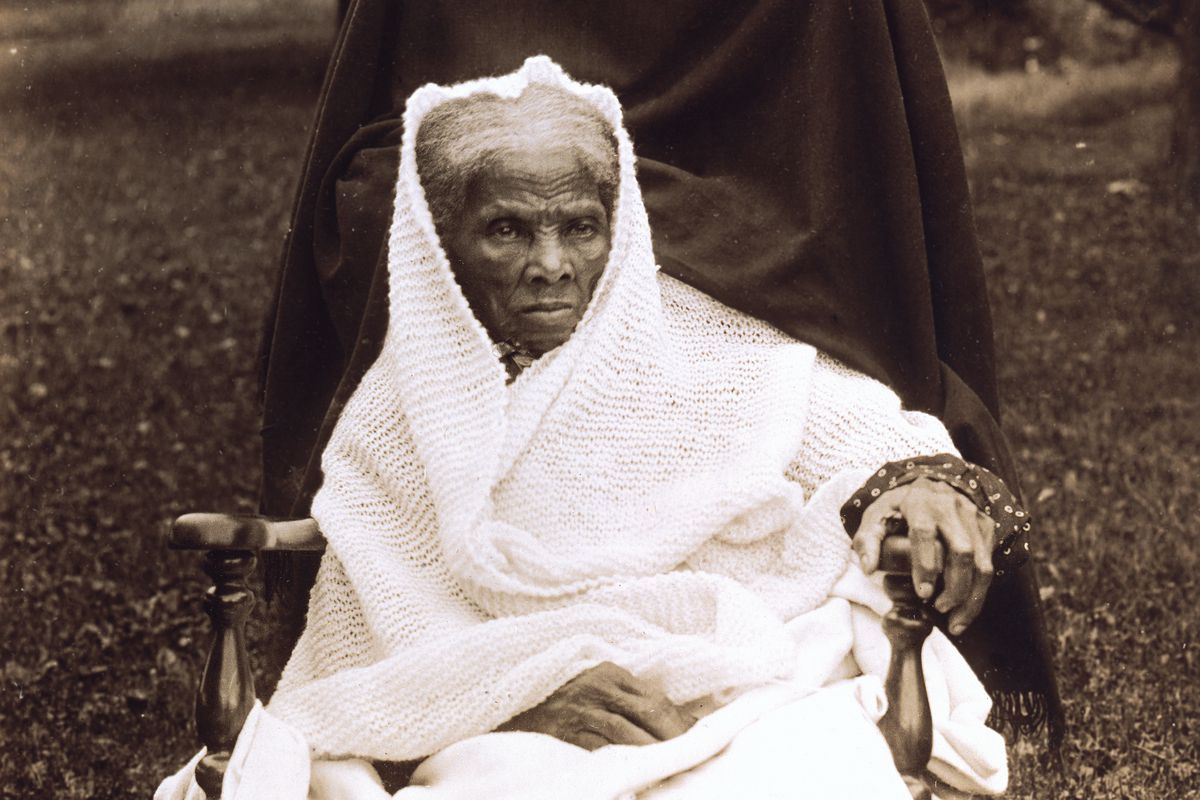 [images from Google. The final photo is Harriet Tubman herself, at age 91.]