It’s beyond a polarizing. It has become polarizing to the point of people questioning motivations, reasonings and even elements of Blackness.

However, what I would I like to point out, has a correlation in one of my favorite books of the Bible, the Gospel Of Luke. Of the four books of Gospels, this one is the most detailed. Here in Luke, Chapter 10, we discover the Good Samaritan. Click here to read from the NIV version.

The synopsis is there is a traveler and the King James Version says this traveler ‘fell among thieves.’ These thieves took all this traveler had, beat him and left him half-dead. As he lay there, he heard and saw people come near where he lay injured. The first person saw what happened to him and thought someone else would do it. The next a Levite (clergy) saw him and didn’t help because he thought something would happen to him! The last person, a Samaritan, an outsider was one that went out of his way, seeing the person. This outsider got up and did something!

What we have now are wounded women whom were once girls. Whom once had so much inside of them and someone took it away. The fact that R. Kelly has been this insulated, this protected, this monied for this long–accosting this many girls –is a sign of a much greater problem.

First, monsters like this only can move with this type of ruthless precision with help. From people that turn away. People that know something isn’t quite right, but because of money or status, say nothing. People that depend on this person’s acumen so they do what is asked. Even though it’s wrong.

Even when they have seen exactly what is wrong.

Second, to be so in league with someone to the point you will become unemployed if you say ‘No’ or voice contrary opinions is dangerous. This means you can be bought and there is nothing to stop you from continuing to do whatever is advantageous to assure and fortify your economic position.

It always costs more to pimp than to be pimped.

Lastly, it is the unexpected that brings change. It is the unexpected people that get unexpected results. This is the one of Jesus’s parables that I believe is most applicable–regardless of socioeconomic status. The question the lawyer asked Jesus was “Who is my neighbor?” And after the telling of this parable, the lawyer was forced to say the Samaritan was: the unlikely and most undesirable.

What we have now is a crisis of neighbors! 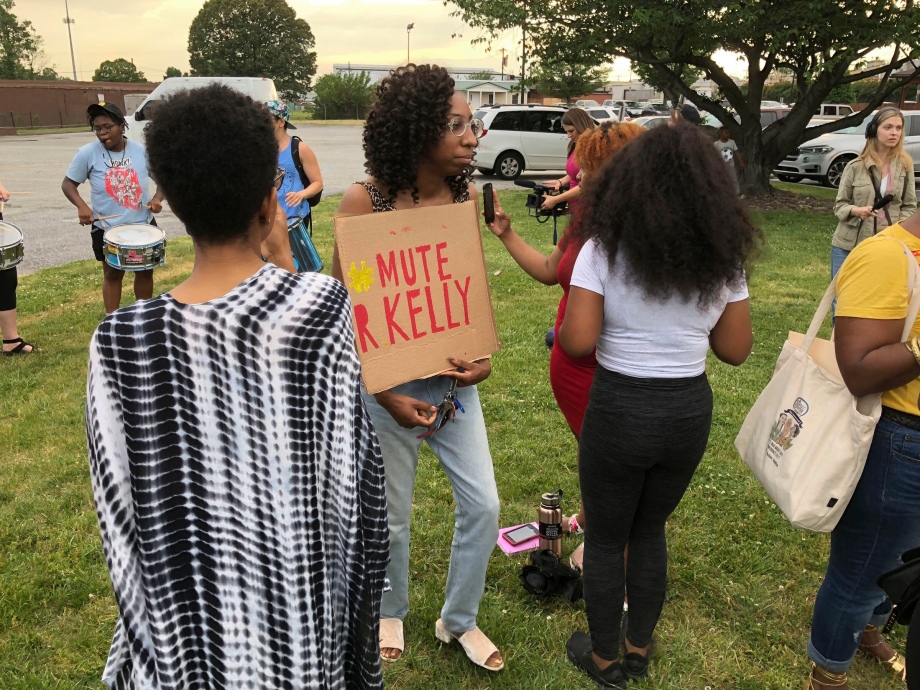 This situation went on, is still going on, because there are people benefiting on all fronts. The hotels. The managers. The cleaning crews. Everyone had their hand out because everyone wants to be paid–and no one questions the money. No one wants to scare the Golden Goose. Everyone wants to appease it!

The people that support the music are problematic. Why? You know what he did, but refuse to believe it. Yes, the prison industrial complex is a reality. Yes, this nation makes sport of killing and jailing Black men–making the imaginations of white folk the most dangerous place for Black men to live.

Yes, inequality and racism (systemic and institutional) are a more lucrative national pastime than baseball! However, some things step outside of the realm of possibility! Add to to this mix, his ex-wife and the chaos her viral social media video with her calling R. Kelly her ‘baby daddy’ hijacked the conversation!

The viewing audience went from exposing his misdeeds to questioning motives of all those involved!

The fact the streaming of his music has gone up MORE, since this documentary aired (some 16%!) tells me that those seen as wounded and half dead can’t die fast enough! These young women have fallen to a man with enough resources to hide more than just their bodies.

Who can replace them once the light in their eyes goes out? When they are no longer recognizable to family? To friends? To self?!

We have to get beyond the name-calling, Monday morning quarterback parenting and realize what it’s going to take to fix this!

Why we are squabbling about who shouldn’t have taken children to a man known for sleeping with them or believe the assault on him is fueled by lies by power? The ones that fell among the thieves and robbers are still calling for help! Wishing someone would stop and help.

We need to be that help. Like yesterday. No one asks to be molested or raped or demeaned. Survivors ask to be listened to. To be seen. To have trauma acknowledged. Every moment we spend trying to place blame, instead of being healed–they will remain just half-dead. And life and those who are living, pass them.

[images from vice.com and wunc.com]