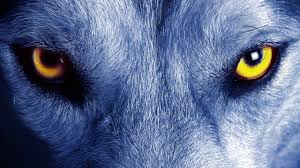 It was raining as he watched her skip over a puddle to her front door. Her hair was wet, but he could see her pecan brown face. He watched her fumble for her keys in her red bag, before going in. He had found her, with her scent he could never forget her. How could he? She was what, what whom he had sought for and wanted. As she entered the house, he fought the urge to watch over, by watching sneaking in to watch her sleep. He would announce himself to her soon enough. “Soon, dearest one.” He whispered. His mind went back to when he saw her three days ago. He was leaving work, it was just after sunset. She had with a coffee in one hand, glasses, reading a book. She sat In the back of Gill’s, smiled up at him. She had a heat that exuded from her. He sat across from her, soaking her up, taking her in. He motioned for one of the servers to come to his table.

He wasn’t hungry, just thirsty. A blue shirted red head named Callie came over. “Beer, please.” He said. “Budweiser, okay?” “That’s fine.” Callie dashed off, pencil behind her ear. He looked over at her again, noticing her eyes were brown. This scent he knew, his tribe leaders had told him and the other young men coming of age. It was a hint to whom was to be yours, they would always say. The inception, he said, will be unlike anything before and nothing since. You will know the one purposed for you. Their scent will be a clue. Legend, he thought. Fairy tales. It takes more to know someone than liking their perfume or cologne. That’s insane.

He watched her sip her coffee, her full lips wrapping around the blue mug. Her eyes closed. Her lashes were thick and dark. Her dark hair, framing her face. Her legs slender, muscles detailed under the blue pencil skirt she wore, ending in black ballet flats on her feet. He counted how many times her chest rose and fell. He sat and felt his heart all but stop. Callie dropped off this beer, asked him if he needed something else. He didn’t look up, but paid for his beer and well over with the twenty he gave. She looked over at him, smiled. Her eyes pulled him in. He held them for a moment, before she looked down again. She didn’t seem to notice or mind him staring at her. The blue wall above the brown paneling just made her stand out more. The want welled up with him, was beyond sexual. It was beyond possession. It was protection of what was his. This must have been the love the elders spoke of, that one would just know once they experienced it. She returned to her cup and her book. When the server brought her check, he watched her reach in her red bag to pay it. He watched the form of her arm and shoulder as she reached for her wallet. She got up, and he saw her full height and shape. He noticed the backs of her calves and her waist detailed by her skirt.

She tipped the server, and he watched her turn to leave. She smelled of violets and honeysuckle. His mouth began to water as he began biting his lip. She was it. He couldn’t explain it, it was too radical to talk about. He drew a ring around his Budweiser watching the foam. The heat creeping up the back of his neck, a low growl rumbled in chest. He got up to go to the bathroom, pushing past the blonde texting on her cell phone without looking up. He shut the door behind him, before going over to the sink. He gripped the front of the sink. He felt the pull in his shoulders, indicating the wolf was rising from him. “Not here. Not now.” Phasing in public was not unheard of, but with this new feeling, this unfounded inception, he was hesitant of his ability to control it. Hold it together, Michael. Hold it together. He looked up into his own changed reflection. The calm blue of his eyes, became their green-gold counterpart. He concentrated, willing to pull the wolf back in. Her I have to find her. Feeling steady, he smoothed his University of Miami shirt, smoothed his hair. His forehead glistened with new sweat, as his eyes reverted back. He had to talk to the elders. He had to have her. He would have her.

That need brought him to her apartment. He could find her in snow or desert. She was his now. His. He looked for her light to go out, remarking at the silhouette of his intended against the gold curtain of her bedroom. He remembered the shape of her hip. The rise of her breast as she turned from the window, and loved the way she shook her hair out before turning off the light. He closed his eyes, imagined her taste, her warmth underneath him. He even imagined what it would be like to phase in front of her and have her stroke his fur, or nestle her feet in it. The inception will be like no other love you will ever have. The elders spoke this to generations of young males of their pack. There would always be eye rolling along the males, the girls accepted it as medicinal gospel. “Scoff now,” the elders would say, “when you experience it? It will be impossible to explain it or pull away from.” He checked his reflection in the rearview mirror again. His eyes were phasing. “Soon.” He said. “Soon.”
(This may be the start of a novel…Stay tuned)